If Maharana Pratap is remembered for his heroics in the Battle of Haldighati & thereafter his resurrection of the Mewar kingdom by capturing back one after another forts from Emperor Akbar, it was possible because he lived the day (21st June 1576) through the supreme sacrifice & legendary heroics of his Commander in Chief.

Hakim Khan Suri the grandson of the Legendary Sher Shah Shuri of Sansaram (Bihar). It’s indeed very sad that none of the history text books capture this valiant warrior who died fighting the Mughals. Personally I came to know about him while researching & exploring the entire stretch of battlefield.


Hakim Khan Suri set out for Mewar in April 1576 after he came to know about Maharana Pratap’s resolution of standing up against Akbar when all other Mewar chieftains / kings had surrendered. He had a battalion of well 1000 trained & fierce Afghan/Pashtun fighters alongwith a regiment of heavy artillery. Once he reached Khumbalgarh the Maharana was overjoyed & welcomed him to Mewar. Rana appointed him the C-o-C (Commander in Chief) of his Artillery. Once the Rana decided to charge out from the natural barriers & protection of Haldighati towards Rakht Talai where the Mughal forces were running to take cover(trick)..Hakim Khan Suri was giving cover to the advancing forces of the Rana from the Right Wing.

The fierce & gruesome battle that followed saw Rana going for Raja Man Singh atop an Elephant ( Wave III) while Hakim Khan Suri & his afghan warriors cutting down the Mughal forces to pieces. As limbs & bodies filled up the battlefield Hakim Khan Suri’s Was beheaded from back by a Mughal Cheiftain….& then what everyone saw was bone chilling & even today resides in the local folklore of Chittorgarh, Udaipur & Khamnor Village (Where Haldighati is located)….the headless torso of Hakim Khan Suri holding his sword & riding his horse charged for the next 5 kms fighting & his body fell at Rakht Talai. True to his words given to Maharana Pratap he indeed did’nt leave his sword from his fist even when his body fell. His body was buried at Rakht Talai while his head was buried 5 kms away at the main battle field. Both these places have a Mazhar built in his memory which can be visited even today.

He was a matchless example of extraordinary valour, bravery, sacrifice, honesty, faith and duty. He was the treasurer of Rana Pratap. Hakim Khan Suri occupies a high place in the annals of Mewar and an award of the Maharana Mewar Foundation bears his name.Every year a commemorative festival is held at Haldighati where his memorial is located. Two days every year 1. Maharana Pratap Jayanti & Haldighati Jayanti….on these two days of a Year that people pay tribute to this immortal Warrior. 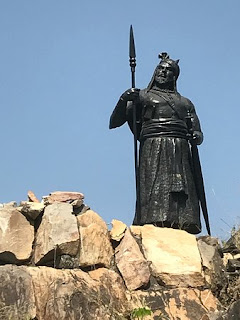 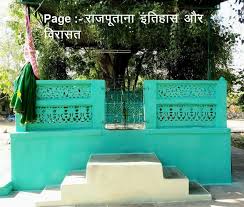 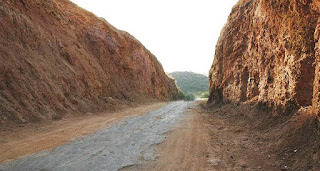 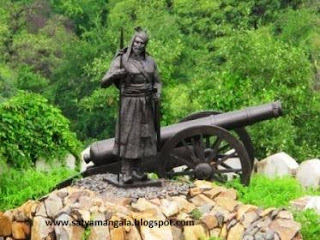 Posted by Surya Sarathi Roy at 5:03 AM

Surya Sarathi Roy
An Operations specialist with a passion of Indian history & Great Epics Ramayana & Mahabharata. Pursuer of Technology to bring value & touch lives around me.

Tales of Bharat Varsh Starting from the Dwapar Yug.